From handing out ice-creams on Ice-Cream Day to various fuel voucher competitions, Enemed has always found ways to give back to their customers and community. Summer ‘19 was no exception, with Enemed taking on a new initiative by having surprise pop-up gigs in various locations across Malta & Gozo; Bugibba Square, Marsascala, Arkadia Gozo, and Valletta Waterfront.

We were assigned to brand, plan and organise this campaign, and after thinking of the perfect band to collaborate with, The Travellers; picking the perfect locations (and chasing to get those permits!); and searching for the ideal stage and sound team, Besteamaudio, our team sat down around a table (which is how all great campaigns should start) for a brainstorming session – how should we brand this?

We first looked at giving the event a title – something which was related to music and included the fact that the gigs will be moving around Malta and Gozo. After a total of 20 names, the title “Moving Beat” reigned supreme, which we believed tied the entire concept perfectly. It hinted that the initiative is all about music, it won’t be fixed to one location, and also played along with The Travellers’ band name.

After the title was set, the designers went straight to the drawing board and played around with various designs, with the final outcome being favoured due to its simple yet striking visual designs. The colours used; Red and White, are synonymous to Enemed’s brand, and Black gives the brand colours more intensity whilst giving a dramatic impact on the entire campaign.

The five horizontal lines symbolise music tablature, whilst the dotted and slanting strikethroughs indirectly represent soundwaves and included the play on the position of the letters which brought further movement to the visual. 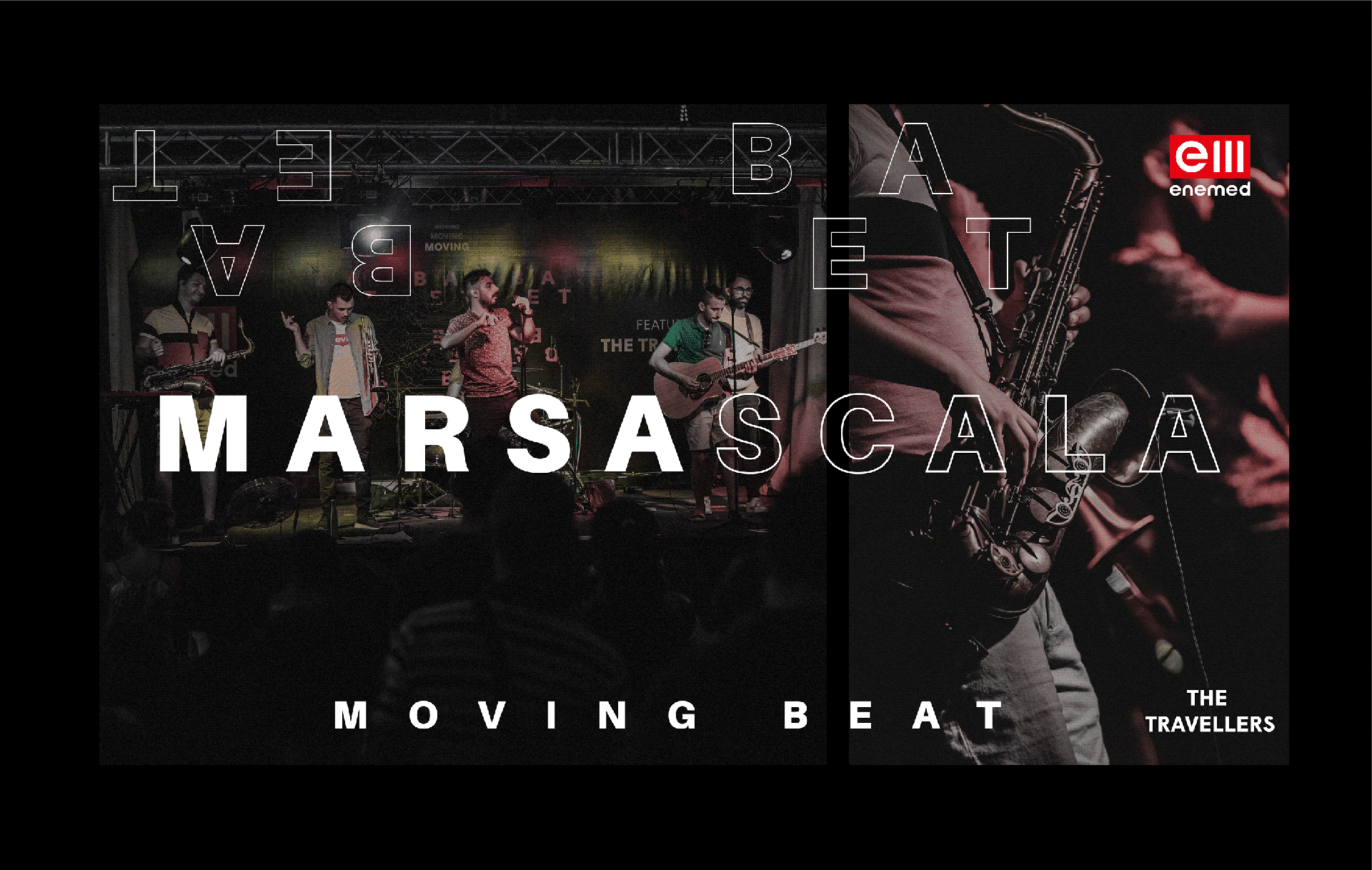 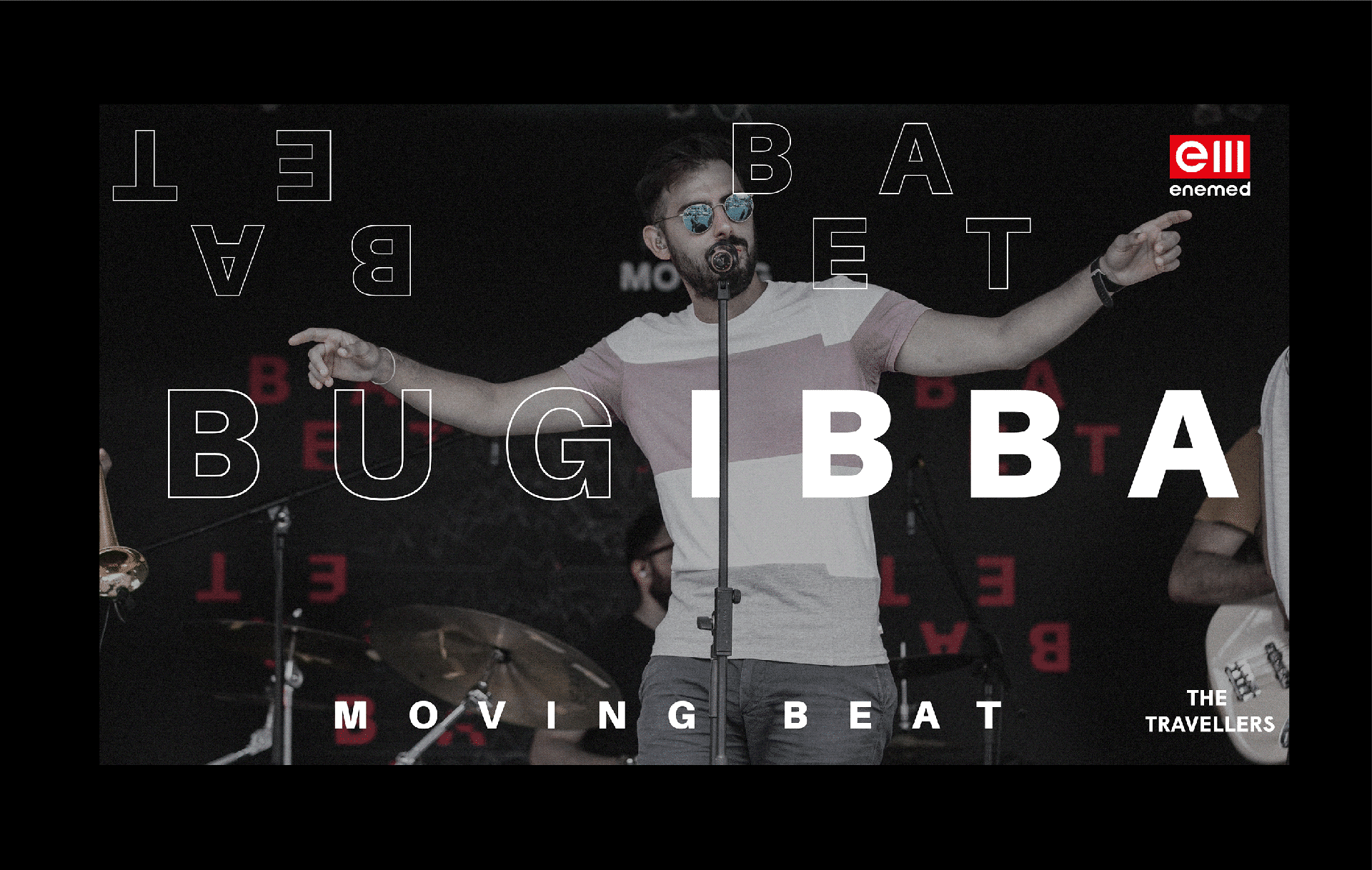 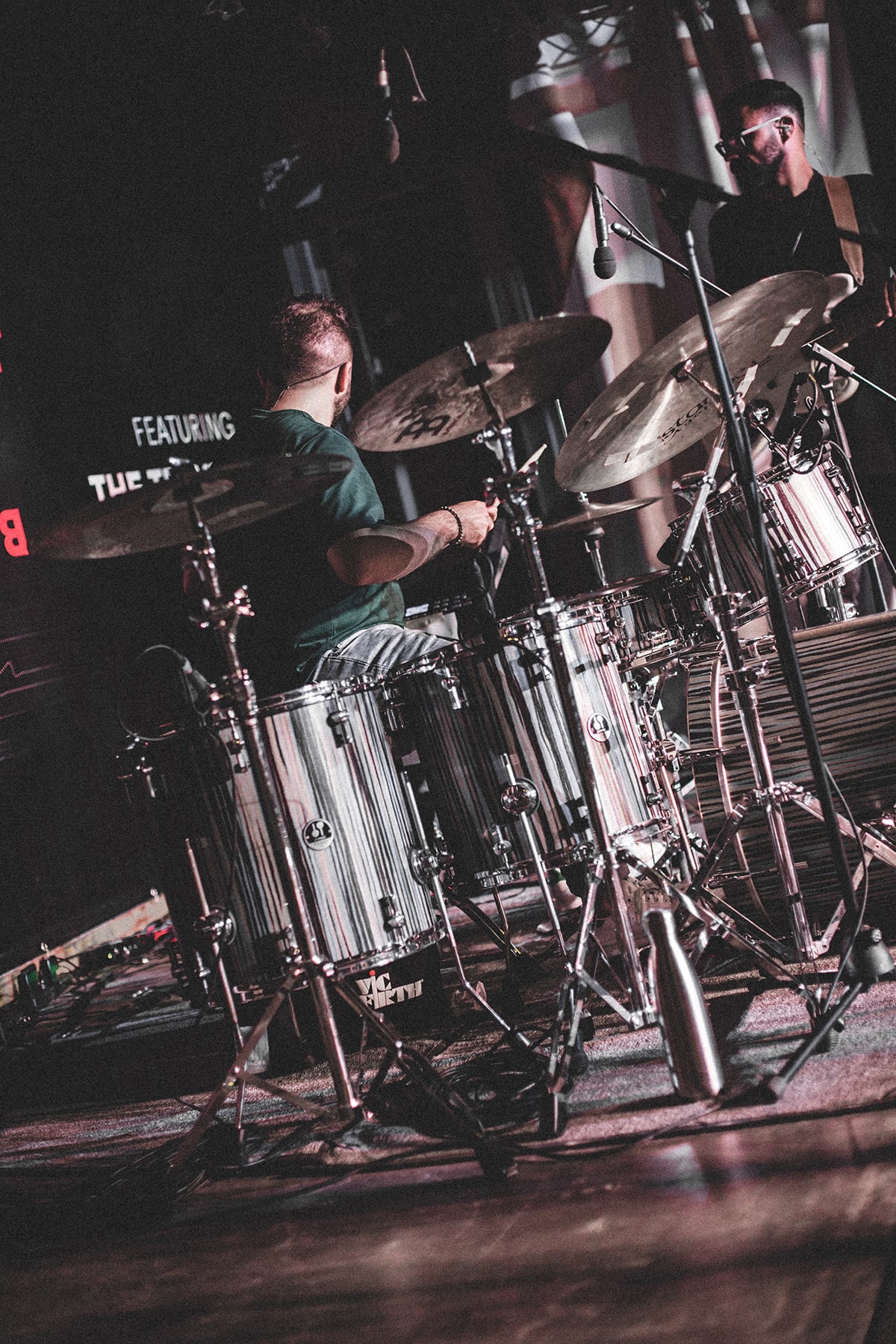 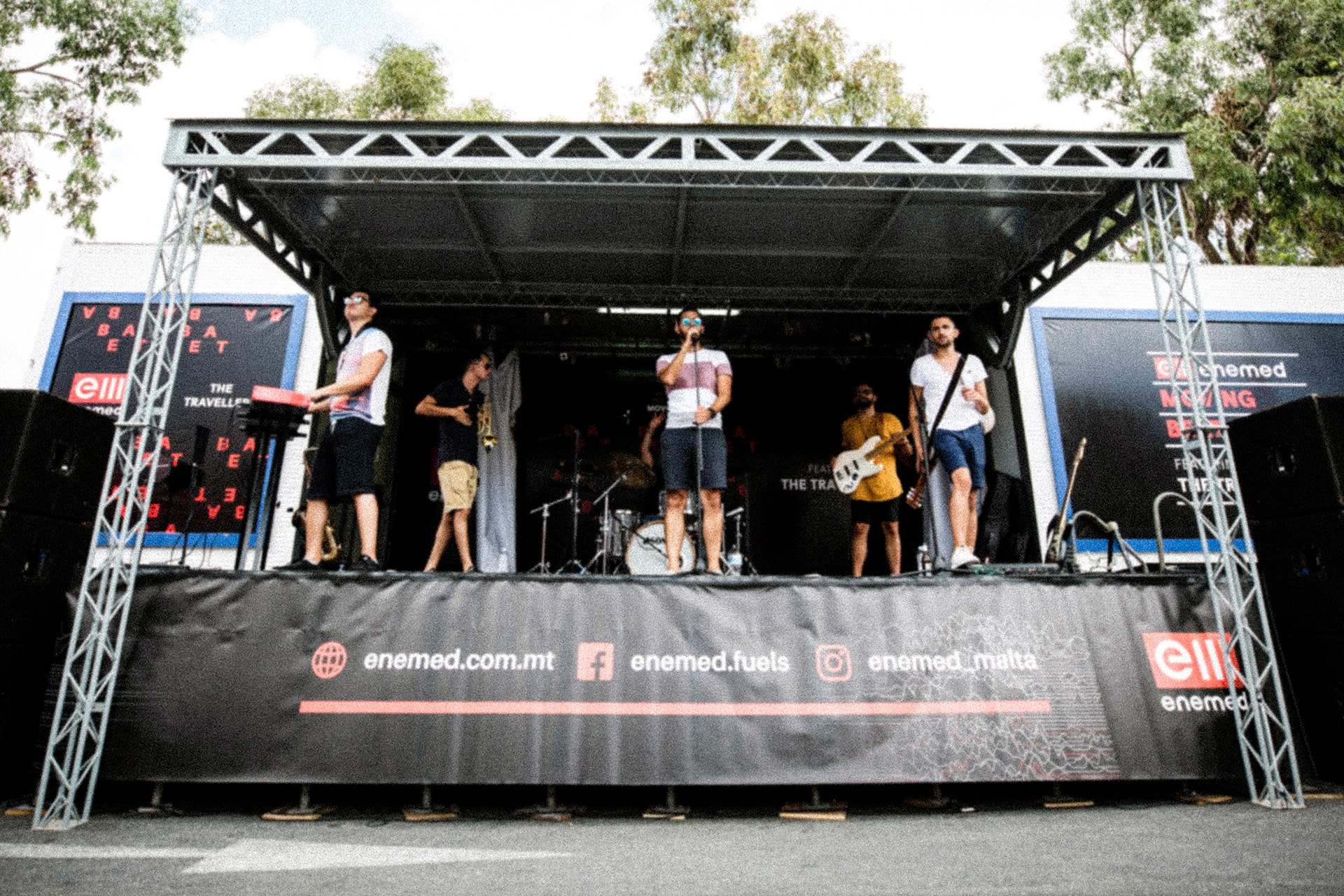 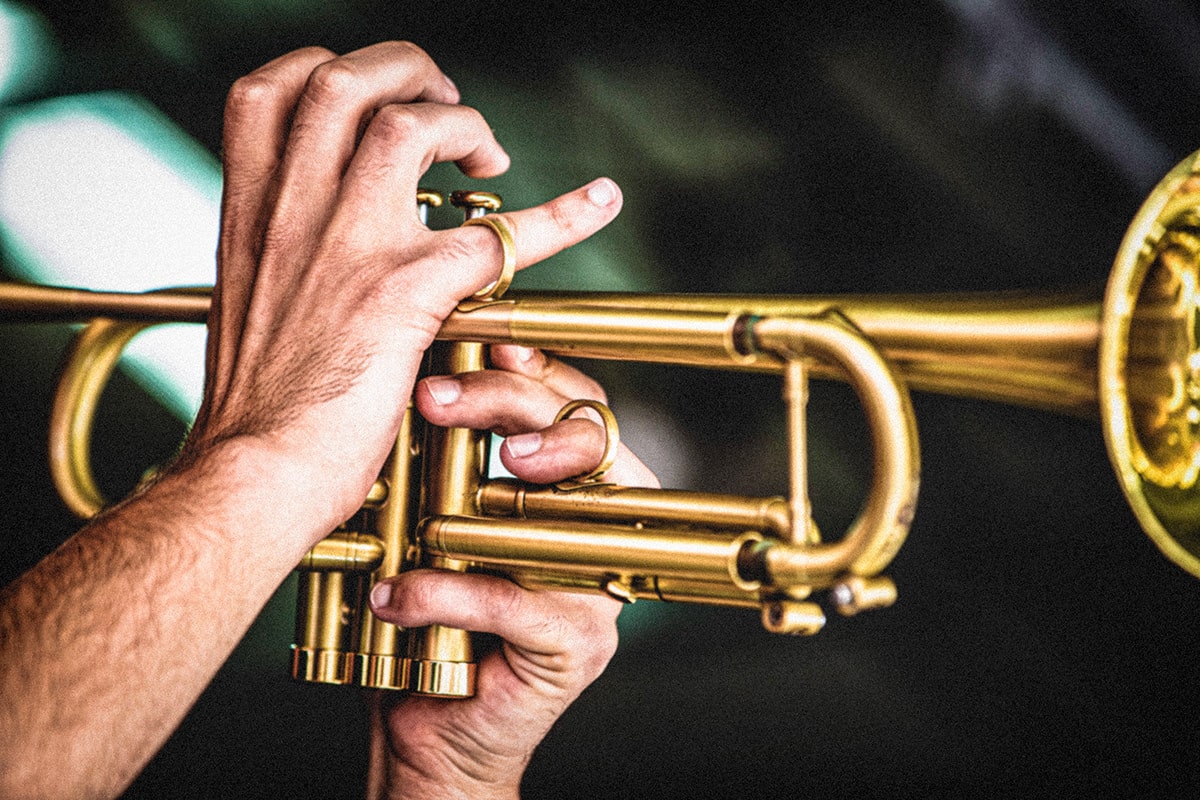 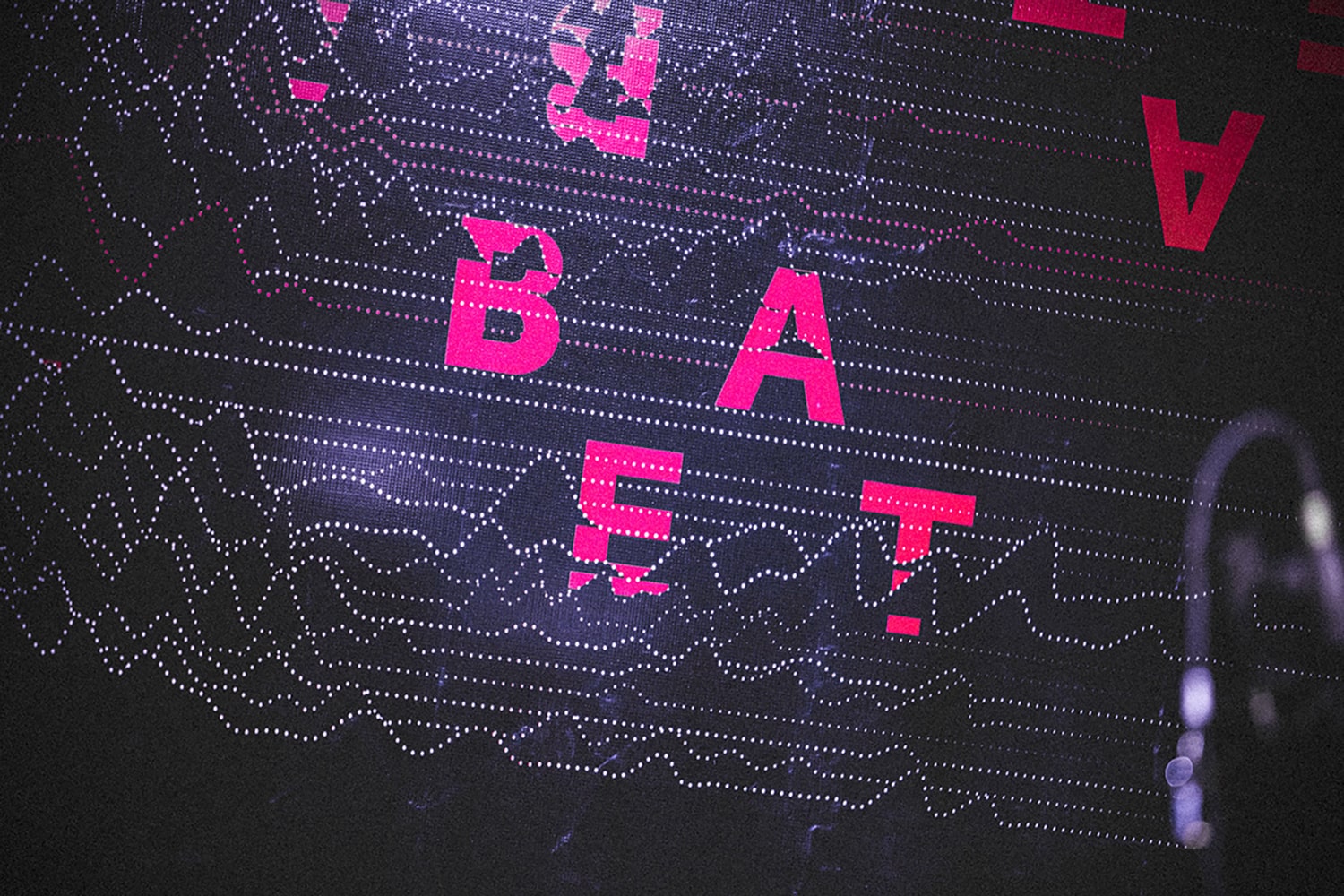 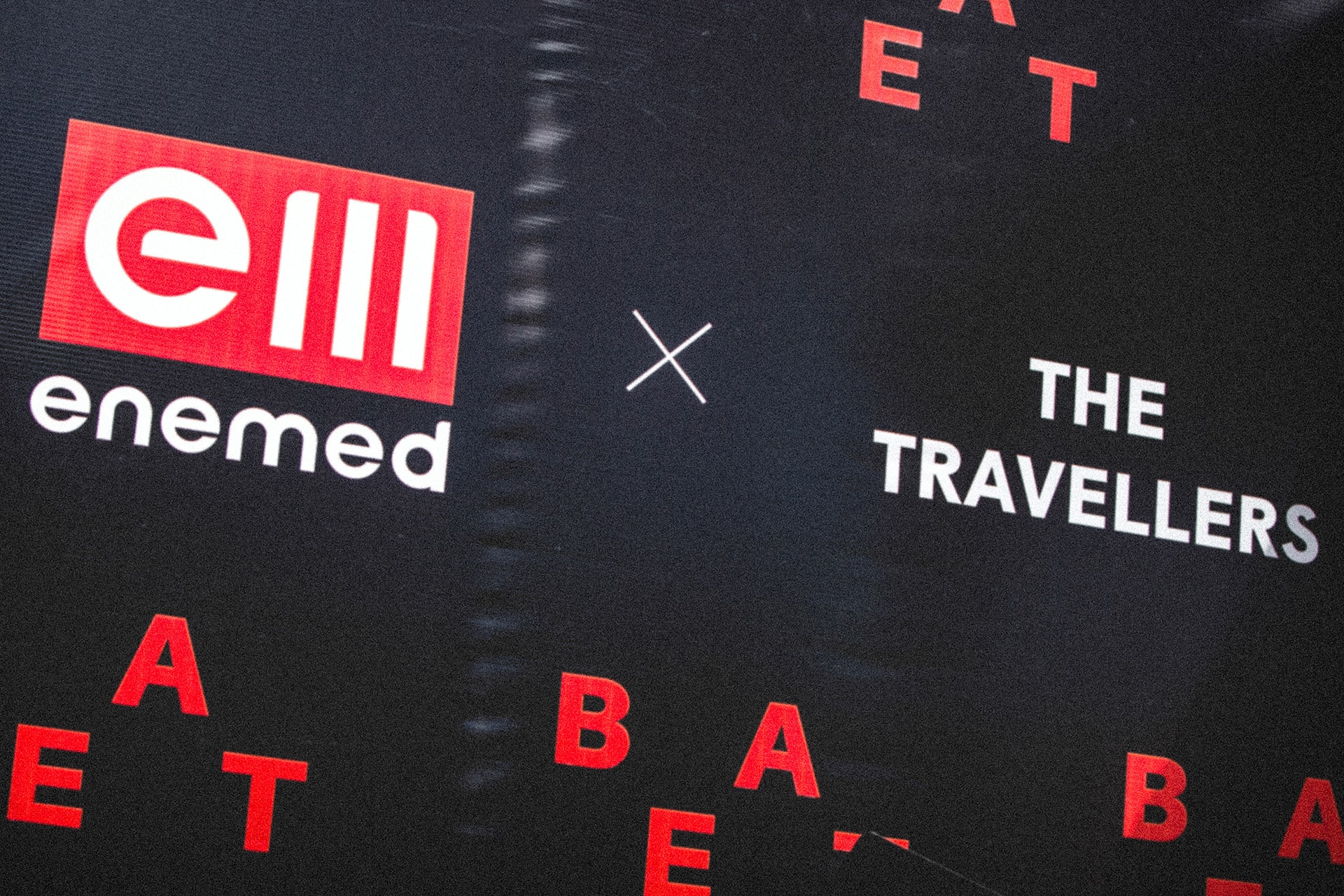